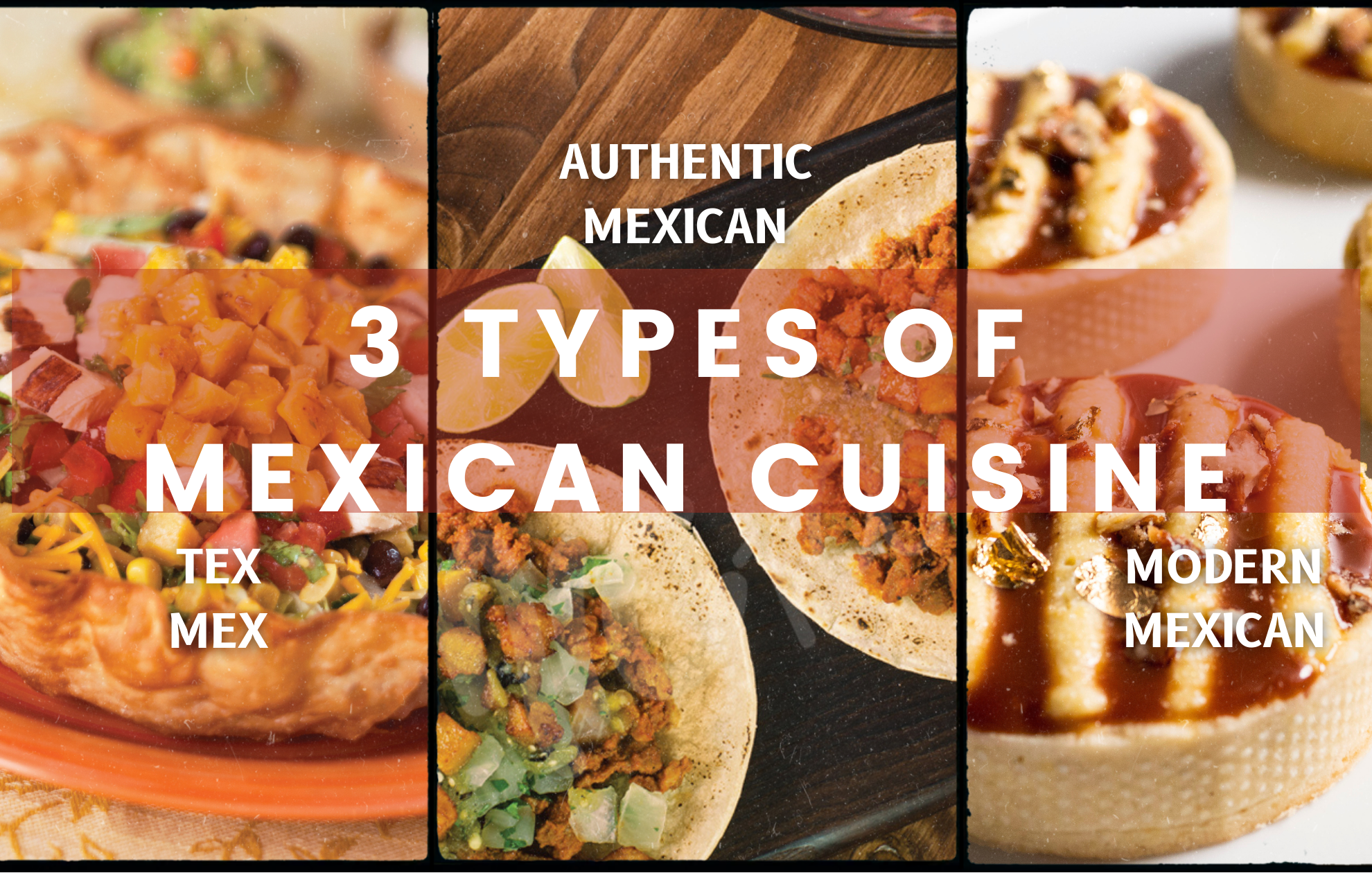 What's the Difference: A Conversation about Mexican Cuisines

Ask anybody in the United States if they’ve eaten Mexican food, and the chances are that they’ll say yes, they have. In fact, you have probably eaten it yourself. And for good reason. After Chinese food, “Mexican” food is the most eaten international food in the United States.

But when we speak about Mexican food in the U.S., what type of food are we referring to? The lines often get blurred when discussing the food of our neighboring country. This has resulted in strongly expressed opinions of chefs on both sides of the spectrum as to whether or not something should be called Mexican food.

To simplify things, we are breaking down Mexican food into three distinct categories and discussing the similarities and differences between each group. They are as follows: Authentic Mexican, Tex Mex and Modern Mexican. After exploring the similarities and differences between these categories of food, you might realize that you may not have eaten Authentic Mexican food after all, or that you have indeed already indulged in Modern Mexican cuisine.

With that being said, we are beginning at the roots of it all, Authentic Mexican Cuisine. 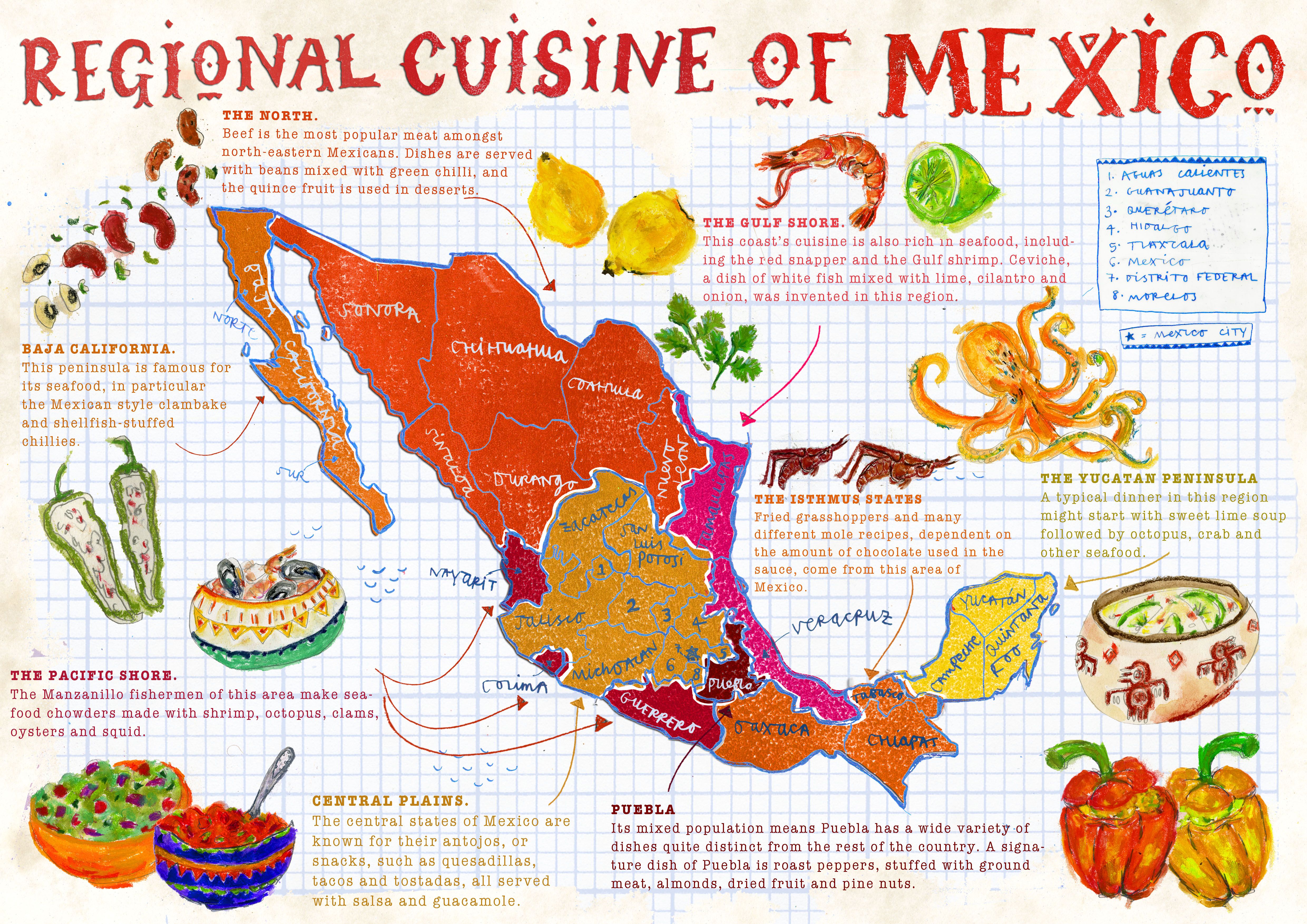 We need to start with the disclaimer that, when we speak about Authentic Mexican food, we are speaking about the dishes, ingredients and cooking methods that originated in the vast country of Mexico. But that’s just it: Mexico is vast. Cuisines range from the North to the South, from the sea to inland. There are a plethora of regional dishes all over the country, so to keep it simple, we will be speaking generally when we speak about classic Mexican culinary indicators.

“Authentic Mexican cuisine is characterized by fresh ingredients that are local to Mexico, including tomatoes, chile, spices like coriander and epazote, and corn” - either ground or whole kernels.

This cuisine was derived from thousands of years of combined influence from Mesoamerican civilizations and later on from the Mayans. Meats were introduced even later through Spanish colonization, among other influences, but when it comes down to it, the main defining elements of authentic Mexican cuisine are: corn and chili peppers. These ingredients are the basis of most, if not all, Mexican dishes.

As Mexican populations began migrating to the Southern United States, especially during a wave in the mid-1800s, cultures began integrating in places like Texas, and pretty soon language and food crossed over as well. These Spanish-speaking Texans of Mexican decent were referred to as Tejanos.

It was the Tejanos who were responsible for the rise in popularity of this blend between Mexican and Southern cuisine.

Now, when most people in the U.S. think of Mexican food, what they are actually picturing is Tex Mex. Many articles describing Tex Mex cuisine focus on the differences between Tex Mex and Authentic Mexican cuisine, so we will start with some similarities.

Tex Mex and Mexican cuisine both rely on a mix of spices in order to give off that “Mexican blend” of flavor and aroma, and those are: parsley, oregano, cilantro and coriander. Without these, the dish might be harder to distinguish from another country’s rice, beans, vegetables and meat – say from Costa Rica or Colombia.

There is a heavy emphasis on flour and tortillas in both Tex Mex and Mexican cuisine, but herein lies the first difference: The U.S. has heavily adopted wheat flour for their tortillas and tacos, while authentic Mexican cuisine depends on the traditional use of corn, or maize, for their flour.

Tex Mex cuisine relies on large portions of rice and meat, whereas although present, authentic Mexican cuisine does not make heavy use of these ingredients.

Other differences include the use of cumin in Tex Mex cuisine, which was adopted from Spanish influence in recent decades.

You may also notice the differences in cheeses – while Americans have a natural liking to their regional yellow cheeses, authentic Mexicans stick with their traditional white cheeses (such as queso fresco, queso oaxaca and cotija). Additionally, as satisfying as the crunch is in Tex Mex tacos, authentic Mexican cuisine makes use of soft-shell tortillas.

In recent decades, there has been a rise of Modern Mexican cuisine, or as some call it, “Mod Mex”. As its name suggests, Modern Mexican cuisine takes the idea of globalization and blends authentic Mexican ingredients and practices with cuisine from other areas of the world. It might include local ingredients from where the meal is being prepared, or culinary practices from a different culture completely.

This may include fusions with cuisines such as: Scandinavian (Noma) and New York (Atla).

The common thread with this type of cuisine is the respect going into these dishes. Chefs understand that food is a source of identity for cultures, and therefore must educate themselves and put care into the dishes they create, respecting the cuisine’s origins the whole time.

A Place for Every Cuisine

As you can see, the term “Mexican food” is an umbrella term with several lanes. One can argue that one category is better than another, but at the end of the day, there is a place for all these groups in the culinary world. The key is distinguishing between them! 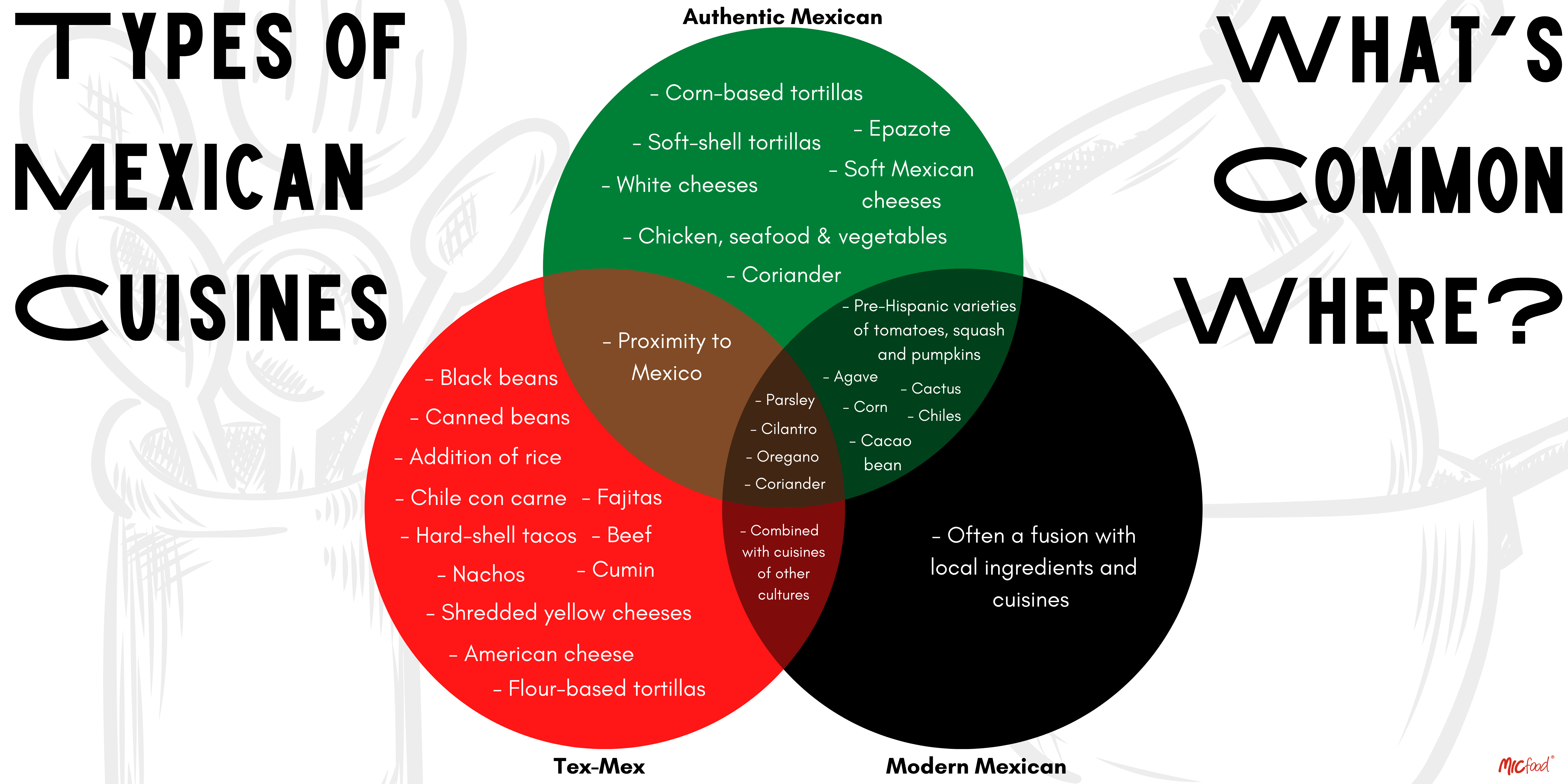 Modern Mexican cuisine can take a variety of shapes and forms. With hundreds of thousands or micro cultures across the globe, there is no limit to where Modern Mexican can go!

Check out these two recipes featuring Modern Mexican cuisine below! The first is by Chef Juan Carlos Récamier, which features a Plantain Mole with Yellowtail, as well as a Plantain Coulis with Orange Juice, Chili Oil, Marinated Heirloom Tomatoes, Peaches, Toasted Pepitas and Marinated Raw Crab. Both recipes were inspired by Chef Juan Carlos' trips to see his family in Oaxaca, Mexico. It was visiting both street vendors and fine dining establishments that inspired these dishes: 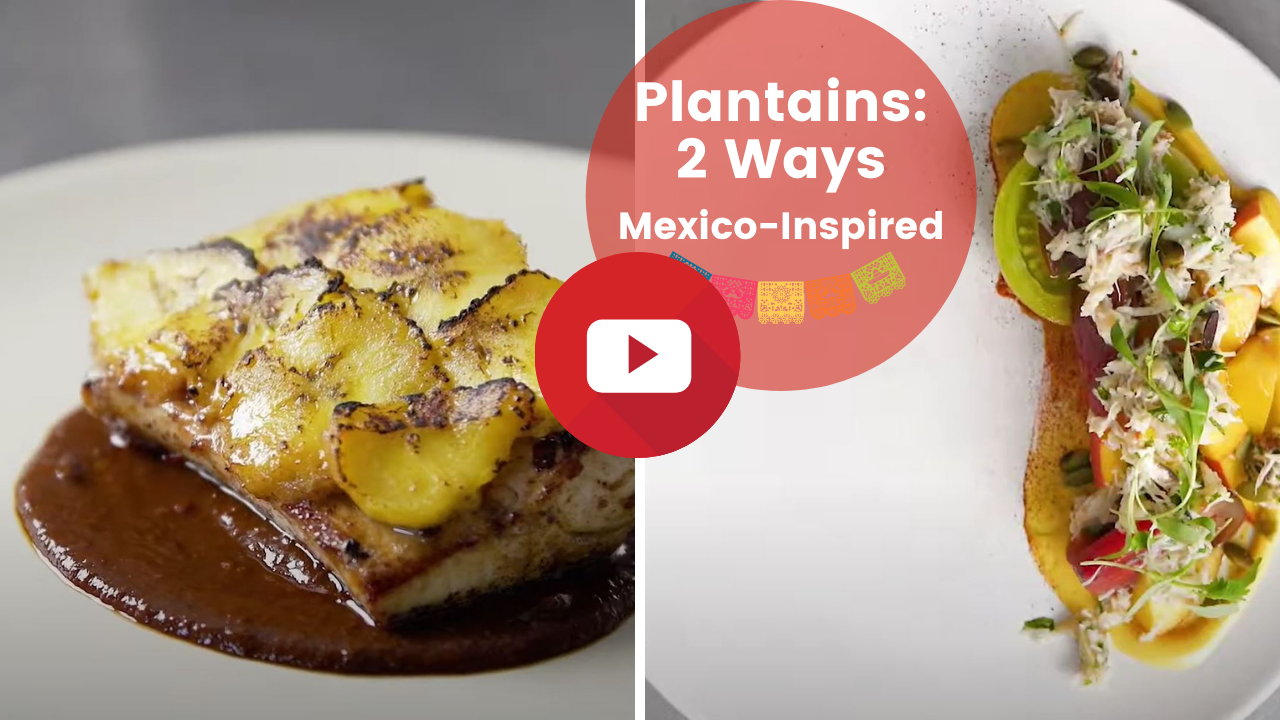 Modern Mexican can also look like dessert, which is exactly what Chef Ana Paola de Anda whipped up. Check out this Plantain Curd Tarts with Cajeta, inspired by a Mexican recipe passed down by Chef Ana's grandmother. 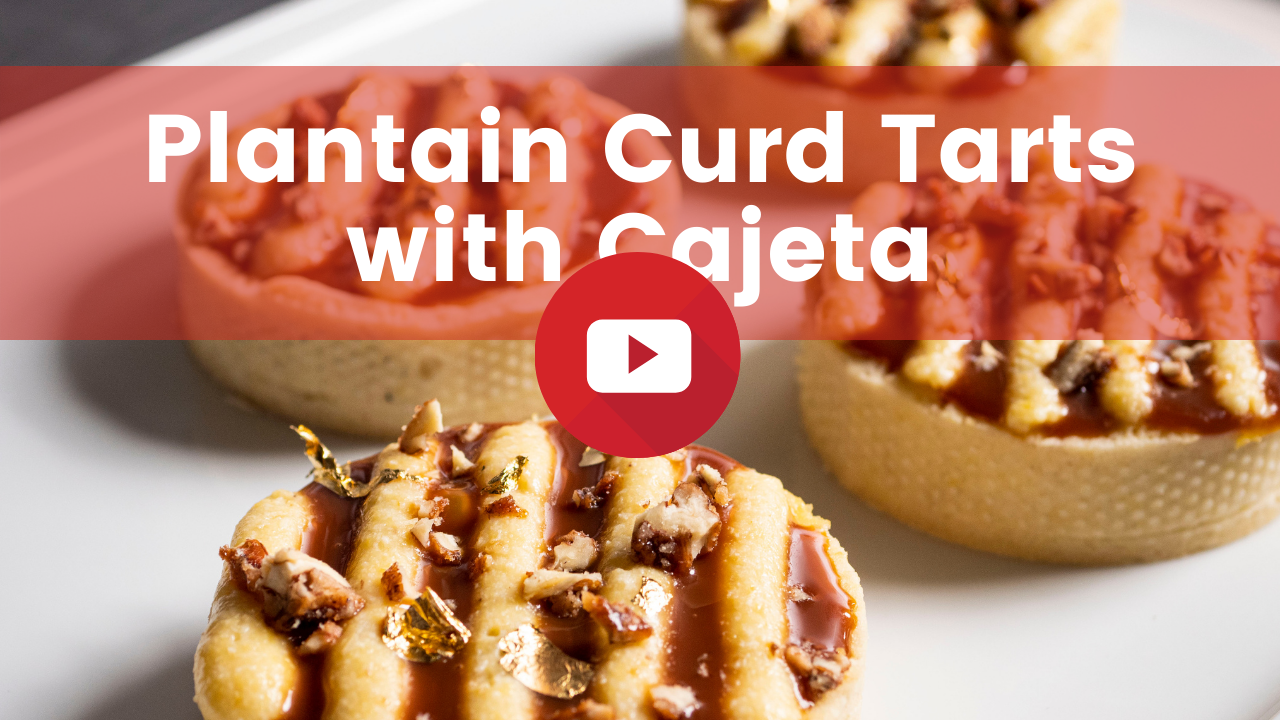 Traditionally, plantains and yuca must be peeled, sliced, and cooked prior to consuming. But Big Banana® Ripe Plantain products are available pre-cut and pre-cooked!

Here at MIC Food® we are helping chefs, restaurants, industrial kitchens, retail brands, delis, and others in the food industry rethink their menus and increase appeal among ethnic and mainstream consumers alike. We provide variety of tropical fruits and vegetables that come peeled and cut, ready-to-heat and serve, saving you hours of prep time so you can focus on what matters the most: making every meal memorable.

Ready to try Big Banana® and Tio Jorge®? Contact our sales team and request samples today! Or Ask Our Chef about how you can incorporate plantains and yuca into your menu! 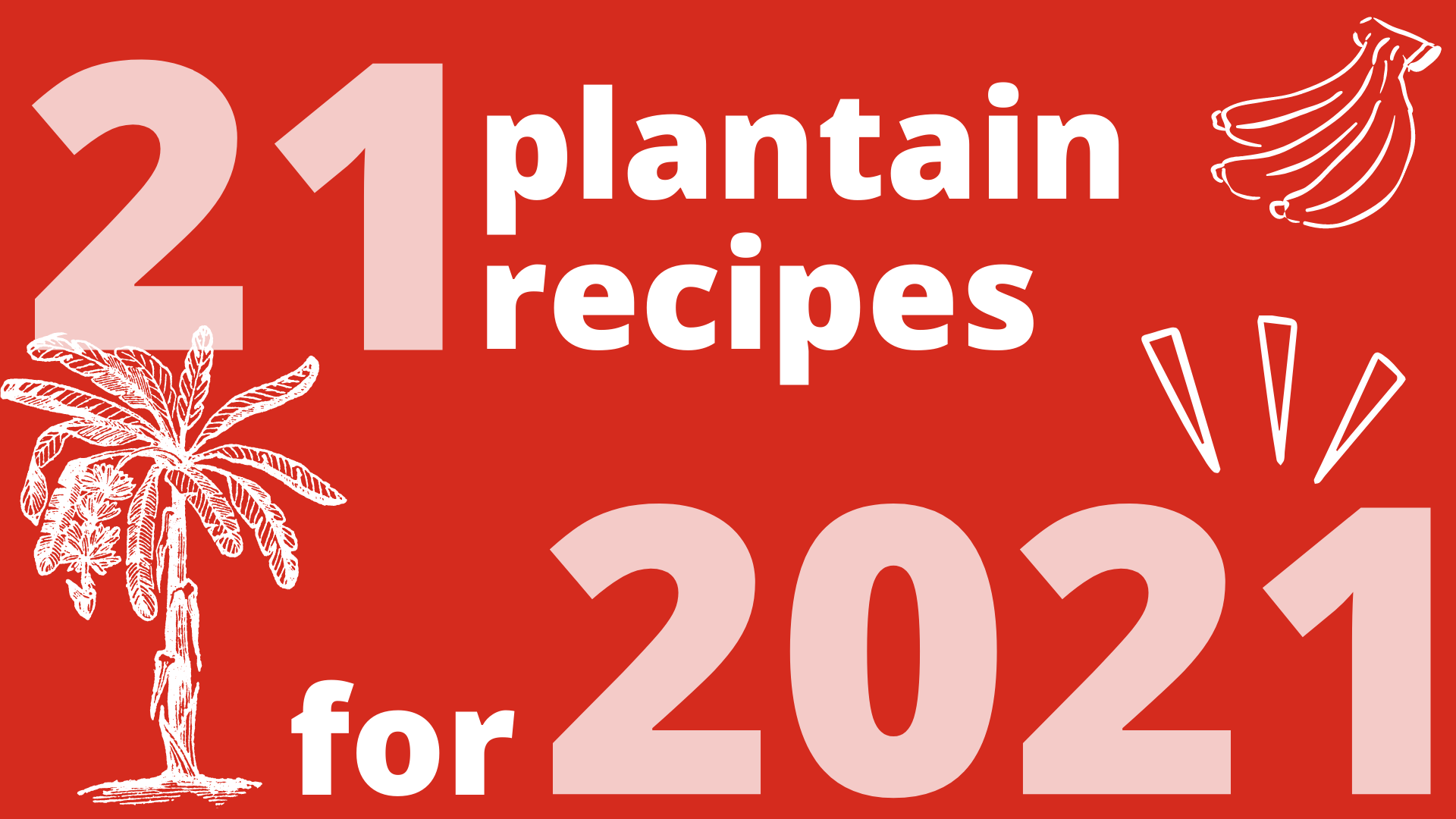 We are already nearly 2 months into 2021, and with a strong desire for a fresh start felt all over the world, this new year also comes with a craving for change and... 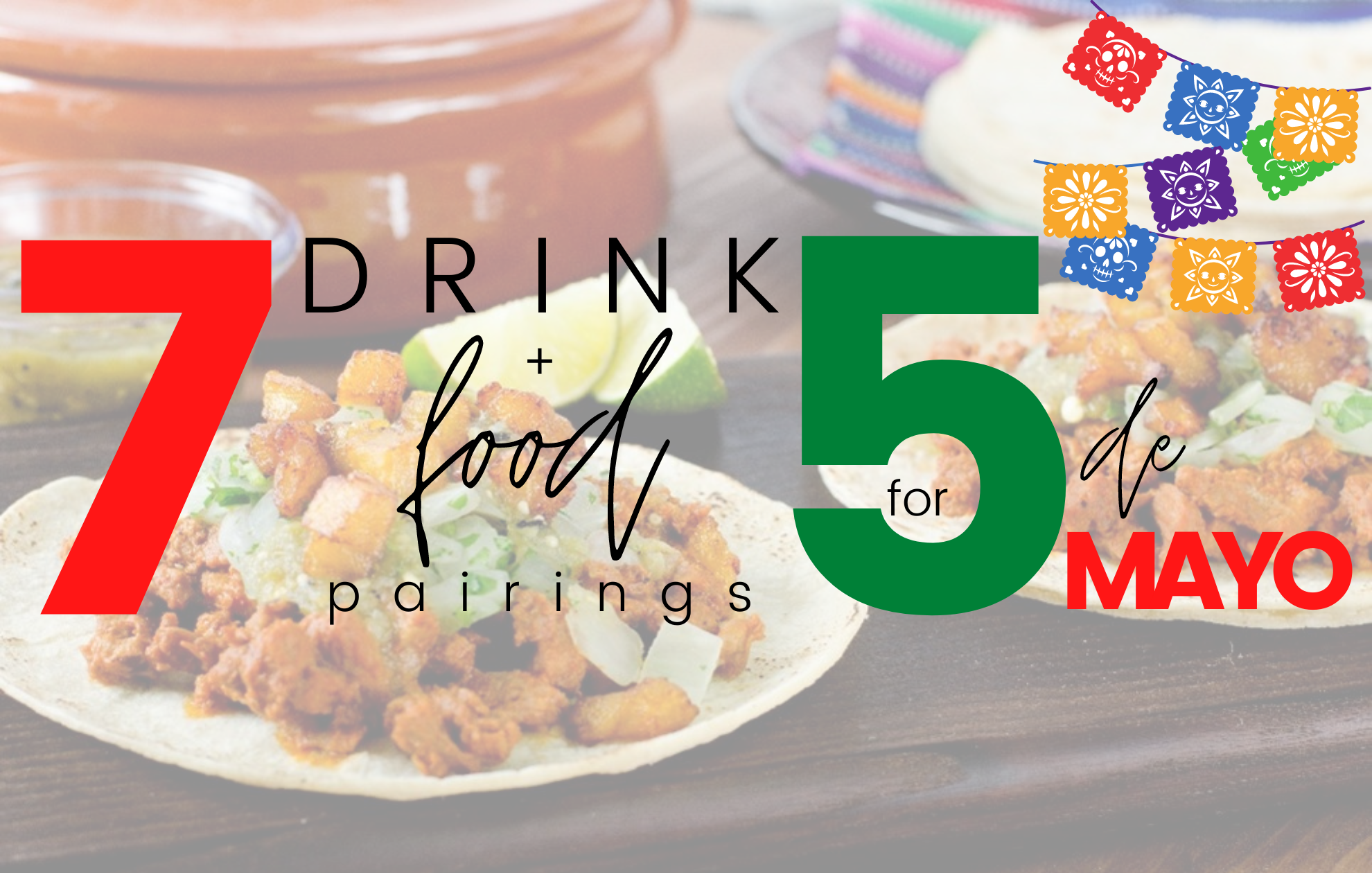